FOUNDATION EARNS
NONPROFIT OF THE YEAR!

Citing its commitment to improving cancer care in the North State, the Redding Chamber of Commerce named the Luis Miramontes Memorial Foundation the Nonprofit of the Year for 2016.

The honor, and a $2,500 check from The McConnell Foundation, was presented to Machelle Miramontes, the Foundation’s president, during the Chamber’s Legends and Leaders Winter Gala on Feb. 24 at the historic Cascade Theatre in downtown Redding.

In his award presentation, Lee Salter, the recently retired president of the McConnell Foundation, praised the Foundation for contributing close to $400,000 to Mercy Medical Center to help purchase state-of-the-art equipment that is being used in the fight against cancer.

Those contributions, made possible by the generous partners who continue to support the Foundation, led to the acquisition of the region’s first da Vinci Robotic Surgical System and a companion training simulator to allow even more doctors to take advantage of this breakthrough technology.

Salter also credited the Foundation with helping to facilitate the purchase of a Bronchoscope, a device that allows oncologists to detect lung cancer in its earliest stages. Having this technology in Redding saves patients from having to travel to San Francisco for treatment.

The Foundation also has been an enthusiastic supporter of the Alyssa Araiza Wings of Angels organization, helping that group support families with children dealing with pediatric cancer. 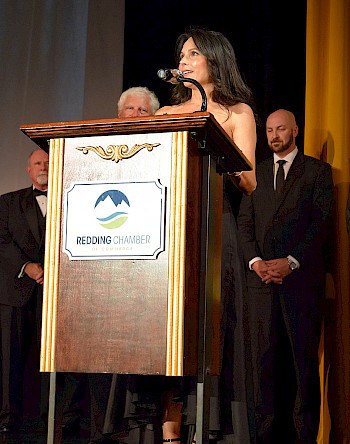 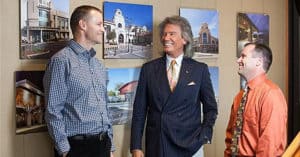 BOARD MEMBER NAMED BUSINESSPERSON OF THE YEAR 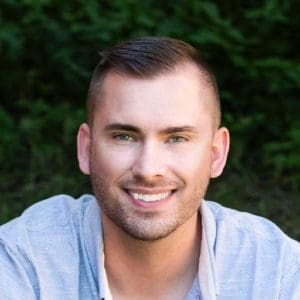 FOUNDATION WELCOMES TYLER WHITLOW TO ITS BOARD OF DIRECTORS